Japan is a prosperous country and has the most diverse economy in Asia. With a GDP of $4.9 trillion in 2005, Japan’s economy is 2nd only to that of the U.S. The leading Japanese companies are among the largest, most efficiently run, and most well-known firms in the world. Familiar names like Sony, Toshiba, Sanyo, Casio, Canon, Minolta, Honda, Toyota, Mitsubishi, and many others have infiltrated the world market in a variety of sectors.

Whether you’re in the field of business, engineering, manufacturing, research, economics, or politics, chances are you will be competing with, if not working for, a Japanese entity.

Japanese consumers spend 100s of billions of dollars each year on consumer goods and services like food, clothing, travel, and entertainment. The typical household has over $100,000 in savings and a disposable monthly income of $3,800. With all of that cash to spend, it is perhaps not surprising then that the United States exports more goods and services to Japan than any other overseas destination. In 2004, exports to Japan accounted for $54 billion of the U.S. GDP. In addition to these exports, 1000s of U.S. companies have successful branches in Japan. In 2004 alone, U.S. businesses spent $78 billion in direct investment in Japan.

Being able to communicate with potential customers in their own language is key to winning their business. In addition, when you learn Japanese, you become not only proficient in the language but also gain an insider view of the culture. Understanding the Japanese work ethic, their business etiquette, and knowing which cultural faux pas to avoid can often make or break an important business deal.

Throughout its history, Japan has been shaped by the influence of Asia’s great civilizations: India, China, and Korea. While the cultures of these Asian countries do differ, Asian cultures together share many similarities that differentiate them from Western ways and norms. So a study of Japanese can open your perspective on the values that other Asian nations share with Japan, including religious beliefs, ethics, and aesthetics. A familiarity with Asian cultures also allows you to step outside the culture you live in and see it from a fresh, new perspective.

The Japanese make up the third largest language community on the Internet, after only English and Chinese speakers. An estimated 88 million Japanese, or 9.6% of the world’s online population, are connected to the Internet. Knowing Japanese can connect you to these people in an instant. They may just be future friends or acquaintances, business associates, or even the market that you or your future employer hopes to target.

Considering that Japan is geographically isolated island nation that is densely populated and poor in natural resources makes the strength of the Japanese economy seem even more impressive. The Japanese have relied on their creativity and scientific know-how to succeed not only economically but also in ecology- and effiency-oriented ways. The Japanese are known as high tech leaders in fields such as optical media, semiconductor manufacturing, industrial robotics, and fermentation processes. Their drive for innovation has made the Japanese the world leaders in patent filings at 420,000 applications annually.

From anime to sushi bars, karaoke to manga, bonsai to origami, Japanese culture has become part of international culture. A knowledge of the language will give you direct access to Japanese film, animations, and comic books, give you insight into the special terminology used in your favorite martial art, help you understand the cultural basis for kamikaze training and the origin of the samurai warrior, and develop your ability to order sashimi like a native at your favorite Japanese restaurant!

7. Knowing Japanese will set you apart from the crowd.

The majority of people who learn a foreign language choose a European language like Spanish, French, German, or Italian. Choosing a less commonly learned language will pop out on your resume and differentiate you from the crowd.

8. The Japanese are international tourists.

With all of the disposable cash in their pockets, 16.8 million Japanese tourists headed to destinations abroad in 2004. In a survey, 94% of Japanese visitors to the U.S. reported shopping during their stay, and more so than any other group, the Japanese were more likely to pay for goods and services in cash. 3.7 million Japanese tourists visited the US in 2004, second only to the British among overseas tourists. Visitors from Japan spent $12.4 billion in the U.S. in 2004, up 24% from the previous year, and were alone responsible for the majority of the U.S. travel trade surplus.

The market for Japanese tourist dollars is strong. A knowledge of Japanese can gain you entry into that market. Of course, knowing Japanese will make your own visit Japan both easier and much more enjoyable.

It’s true that Japanese has a much different system of writing than English or any other European language. However, foreigners can get by with learning the 44 or so hiragana or katakana characters that represent sounds in much the same way as the English alphabet does.

In addition, the grammar of Japanese is in many ways simpler than that of European languages. Japanese nouns have no genders, plural forms, or accompanying articles to learn. The language also has only two verb tenses, present and past, and includes very few irregular verbs. Spoken Japanese has only 5 vowel sounds and spelling is phonetically consistent, making the language relatively easy to pronounce.

10. Japanese is a stepping stone to learning other Asian languages.

Like other languages of Southeast Asia, Japanese is a highly analytical language, relying heavily on function words rather than extensive systems of inflection to denote linguistic properties. These languages also share a similar subject-predicate sentence structure. Though Southeast Asian languages are distinctly different among themselves, as a group they are clearly differentiable from geographically more distant language families, such as Indo-European and Afro-Asiatic languages.

In particular, the grammar of Japanese is very similar to that of Korean and both languages have an equally advanced system of honorifics for showing respect. And Japanese takes its kanji writing system from the Chinese system of ideographs. Learning Japanese brings you a step closer to taking on Korean or Chinese because many of the concepts underlying the language are similar.

Japan has one of the best education systems in the world. Japan has long prioritized education as a means of fostering economic growth and it has worked magnificently making it one of the strongest nations financially and educationally. Japan’s cutting-edge innovation and commitment to research and development, combined with a hunger to be the most forward-thinking and innovative country in the world has led Japanese education system as a force to be reckon with. Japan offers wide range of universities and countless vocational and language schools.
Japan is the third strongest economy in the world and life is very comfortable there as a consequence. It’s incredibly safe and clean. Their health system is cheap and efficient. Public transportation is reliable. Locals are known to be very welcoming, respectful and polite. Japan boasts some of the most spectacular natural views in the world. Food is very healthy. Unemployment is low. In short: it’s safe, clean and the people are happy. What more could one ask for?
Since Japan has such a powerful economy, companies abroad look to the Japanese market with interest and will therefore hire people with an international profile.The Japanese job market is extremely fluid. And the demand for language-skilled, international-oriented people is always strong. There are also fantastic work skills to be gained in Japan. When applying for a job, foreign candidates must undergo the rigorous Japanese job search process, along with the etiquette that goes along with it. Students will also learn some of these skills while at school. These experiences offer valuable experience with customs and behaviors that open doors in the world at large.
Japanese language is not that difficult. One be fluent in Japanese language within a year. Each year, thousands of international students graduate from Japanese language schools, mastering the language. Schools in Japan know how to do it: their students enroll knowing little or no Japanese. They leave being fluent. Of course, that requires dedication and hard work. Knowing the language will open many doors and career opportunities. Further, the Japanese language is much more than the usual language skills. The non-verbal cues are extremely important to communicate in Japan. Becoming familiar to that enhances communication skills wherever.
Compared to other popular destinations for abroad studies like US, UK, Australia, Japan is quite cheap. Likewise the cost of living is very low with outstanding healthcare systems.
Japan is unique in many ways. Studying in Japan will bring more than a new language and/or a new degree. One will learn on a personal level. But one can also discover a new culture, new arts, and new hobbies maybe, a new way of life for sure, combining traditions and modernism. In no other country anyone experiences such contrasts than in Japan. Japan is technologically advanced and deeply rooted in traditions and culture as well. And yet a unique, harmonious and serene environment. Japanese culture is ingrained in business too. Japanese creativity makes for reputed engineering and famous designers.
Simply put Life in Japan is great. 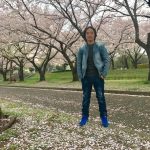 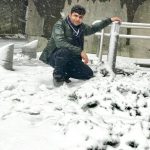 Bal Krishna Timilsena
It is my privilege to recommend Hanami International Educational Pvt. Ltd. to all the pot...

Rubi Shrestha
I am thankful to Hanami International Educational Pvt. Ltd. for their guidance. They show...
View All